I usually don't consider myself a "fan" of anything, but when it comes to the work of @MaxCRoser at Our World in Data, and @robertwiblin as an interviewer, the term applies quite well.

So imagine what a treat for my ears the podcast with them both has been! Lots of background on one of the best sites on the interwebs. If you know it only for its statistics about the CoVid19-pandemic, make sure to check out their other topics as well!

Another quote from yesterday's podcast:

I do often get the sense that there is a wide sense of malaise about future human potential, whether humanity itself is even a good thing, within wider culture. And again, this is purely anecdotal. It’s not based on any kind of data, but responses to articles that I write online where there’s a comment section, it’s often people saying, “Oh, extinction would be good.”

I have encountered this too, and it drives me nuts! The naturalistic fallacy in action. Maybe there is something to this analogy, as an explanation for this attitude:

Humanity is kind of in this almost adolescent phase, where it has for the first time realized that it can wreak consequences on the world. And by necessity, therefore wreak good as well as bad. And I think you can analogize it to this juvenile state of mind I’m sure everyone’s gone through, when you first become aware of the responsibility of your own actions and you do something really awful. And then maybe you feel really dejected and really awful about yourself and you feel that maybe it would be better off if you weren’t around.

Let's all grow up together, shan't we? And become responsible stewards of our planet, and beyond.

This interview is extremely fun to listen to. They discuss historic views of how people thought the world worked, and how that got changed over the centures. Lots of fun and wacky ideas, like fossils being rock that tries to become animal!

When you’re studying the way that people very far in the past conceived of the world, what they thought about the natural sciences, you just constantly encounter ideas that seem very misguided, kind of batty from our modern point of view. And I think people go in different directions in their aesthetic about how to react to this. Like one strain of thought is that this just shows how hard it is for humans to reason at all. It shows the fallibility of our ability to make sense of the world. And so it should make us extremely humble, and we shouldn’t dismiss the way that they thought about things because we will probably be just as mistaken as they were by the lights of people in the future.

I think another take you might have — which is, I think, less fashionable, but it’s my instinct perhaps because of my personality — is to say, wow, they just thought really stupid stuff. I can’t believe how misguided they were. And I understand how they got there. And if you send me back in time, I would be just as misguided. Absolutely. But nonetheless, this just shows how much progress we’ve made, and how much better we are at figuring things out today.

I am with Rob here, in that we should not have false humility and assume that we are as wrong as our ancestors. We clearly have made progress and can explain the world better than ever before today.

I was again planting forest today and I listen to podcasts while doing that. As a nice follow-up to yesterday, I very much enjoyed this one about ending factory farming for chickens.

Many insights into when it makes sense to antagonize and campaign against the people doing the things you consider bad, versus working with them to improve the situation. In this example, chicken farmers in the US are often stuck in a bad system that they do not approve of themselves, which opens the door for win-win situations.

Overall another great interview by @robertwiblin!

Imagine what would happen if we had a magic wand that could solve climate change. Should we wave it?

I agree with most of what they say, and like the idea of the new movement of ecomodernism. Finding pragmatic solutions to environmental problems and working on a positive vision of the future make so much more sense than trying to get people to reject the benefits of technological development.

Lynas' story about how he helped banning GMO in Europe and how he now thinks this was a mistake is a harrowing example of doing great harm with good intentions. I get chills when I imagine having to live with that. Luckily, I have never been sure enough about anything to become an activist.

Two of the podcasts I listen to just covered a similar topic: How societies handle disaster, why we usually are unprepared, and how we could do better. Both are above the usual crop and thus highly recommended!

Sean Carroll talks to Niall Ferguson about a large variety of things. Too many bits of wisdom to even try picking a quote from the transcript.

Sam Harris brings on Rob Reid who delivers a riveting monologue, broken up by discussion, that vividly outlines why synthetic biology can pose a real threat, and what can be done to put countermeasures into place early enough. Four hours well spent!

I had seen her TED talk before and had noticed her name pop up in my timeline on Twitter from time to time. But I admit I did not really have Julia Galef's work on my radar until recently, when I added her podcast to my rotation. So far it has been very good and I intend to check-out the large backlog eventually.

But first, I'll dive into the book that she just released: The Scout Mindset. See her Twitter for teasers, or listen to her being interviewed about it here.

I did not mention it in my Star Trek rewatch, but Julia is certainly right that Spock is not very logical, and quite annoying.

P.S.: See her explain Scout Mindset through activist examples in this video. 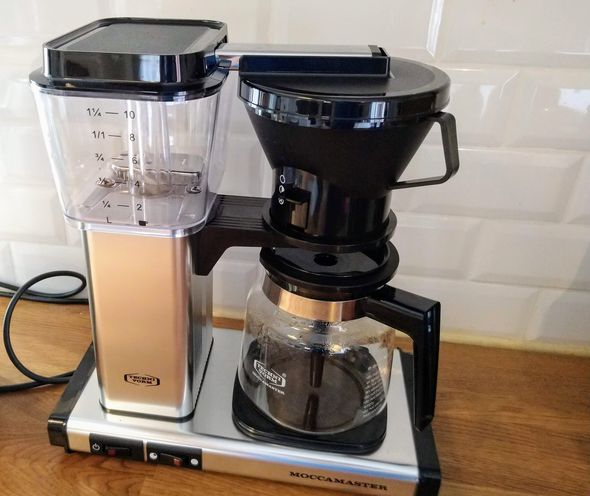 I listened to this podcast the other day and want to highly recommend it! There is a transcript at that same link, if you prefer text over audio. It has lots of information that was new to me, and a nuanced discussion on a topic that triggers a negative gut reaction from most people: intervening in the climate, for example by increasing cloud cover over the oceans, or by putting reflective particles high into the atmosphere.

The argument is of course not that we should stop other efforts to decrease and mitigate climate change, even though it looks like this is what everbody reacts to. Instead the point is to at least do the research needed to know what does or does not work, before an intervention gets done in the future without such knowledge, in a state of emergency. Nevertheless, as soon as it became public that some US researchers wanted to do this kind of research in northern Sweden, there was an outcry and it just got cancelled. Sad.

In the podcast I especially enjoyed their discussion of moral hazards. Like with COVID, there are often strong warnings that the public will receive certain information in a way that makes things worse, while the opposite reaction is just as plausible.

I find geoengineering to be quite enticing and if I ever were to switch careers, this would be on my list of things to check out. It is not discussed much in the interview but that humanity in the long run takes charge of the climate makes perfect sense to me, it is probably inevitable. For example, we do not want to be subject to the mercy of nature, like a supervolcano erupting, or to the whims of rogue states that do a climate intervention that only suits local needs. Solving the problem of world-wide agreement on what the right temperature is, will certainly be difficult, but might well become a catalyst for stronger global institutions, which we need for other problems as well.

This recent 80,000 hours podcast is a great listen! Fascinating stories on how they secured nuclear material from former Soviet states, and a perspective on weapons of mass destruction that one does not hear very often.