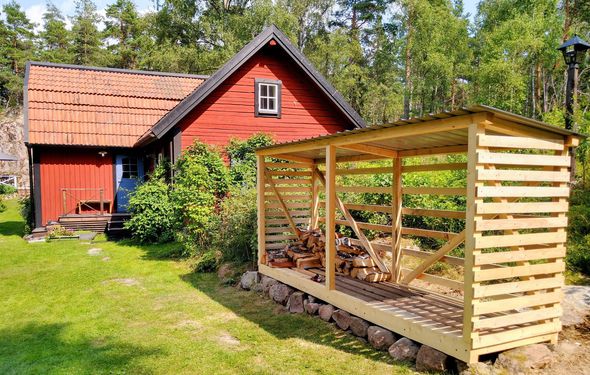 The aforementioned freshly-built woodshed. Apart from the three old pallets that serve as floor, this is made completely from lumber that I made myself, from trees that needed to be taken down because of bark bettles.

Not sure yet, if it will get plainted in the same Falu red as the house, or allowed to grey on its own.

You probably have not noticed, but this site was offline for twelve days. And so was I.

This is because the glass fiber link that leads to our home in the forest was broken in connection with some work further down the road. Then the usual fuckups of privatized and distributed responsibilities ensued. Meaning that I had to lean hard on our network provider (ISP) to finally refer the issue to the network operator after 5 days. And then another week to get the technician to diagnose, and talk to the other company that caused the fault.

This is the kind of thing that would have easily annoyed the hell out of younger me - things not working as they should! The world is mean to me!!

This time, though, I was quite fine with it. I am on holidays anyway and can in fact build a new shed for firewood without internet access (pics will follow!). The notifications for emails had been turned off anyway and for urgent stuff we still had the 4G of our phones - so there really only remained the inconvenience that we imagined ourselves.

Still, it's good to be back online.

A few weeks ago, I bought and started reading The World of the Crusades by Christopher Tyerman. I don't even remember where I saw the book recommended or what made it sound like a good idea, but I admit that the crusades have always been a bit of a gap in my overall layman's picture of history. What were they, actually, how important, and most of all why‽

This book is a bit dense though. While well made, written and illustrated, I rarely make it more than ten pages per night, before I fall asleep. The author has a tendency toward unnecessarily high-brow language but I think it is more the choice of which details to highlight, and the lack of connection between them, that makes it feel tedious to me.

Thus, I will put it aside for a while and dive into some lighter summer reading: The Culture series by Iain M. Banks, which I have heard many good things about over the years but never read.

A two-hour conversation about Malthus with @tylercowen.

Batavia's graveyard, the crazy story of the shipwrecked flagship of the Dutch East India Company.

Inside a Ghost Gown of Abandoned Disney Castles.

Fungi and how they set our body temperature.

If you love the absurd: 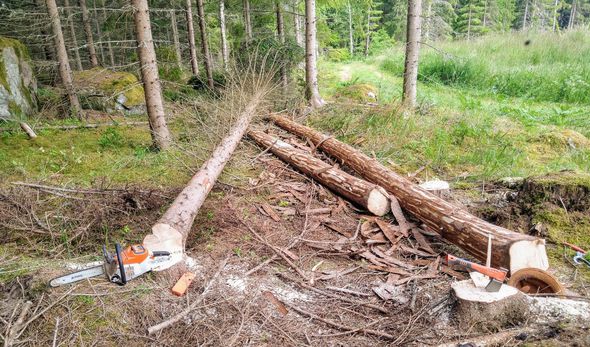 I spent the morning felling another four trees that were taken over by bark beetles. In order to prevent the larvae from developping into bugs and then spreading to neighbouring trees, one has to remove all the bark from the tree. This quite tedious but it helps to have a really sharp knife that is designed for that purpose. 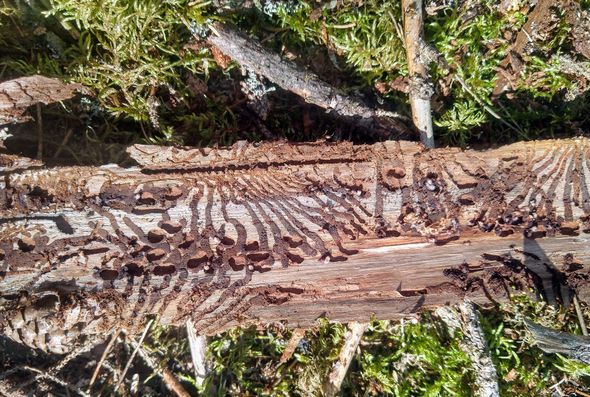 The inside of a piece of bark with bark beetle larvae from a tree that I had just felled because of them. You can see the channel at the top where the parent bugs laid the eggs, from which the larvae then gnaw their channels perpendicularly, getting larger along the way.

I usually don't consider myself a "fan" of anything, but when it comes to the work of @MaxCRoser at Our World in Data, and @robertwiblin as an interviewer, the term applies quite well.

So imagine what a treat for my ears the podcast with them both has been! Lots of background on one of the best sites on the interwebs. If you know it only for its statistics about the CoVid19-pandemic, make sure to check out their other topics as well! 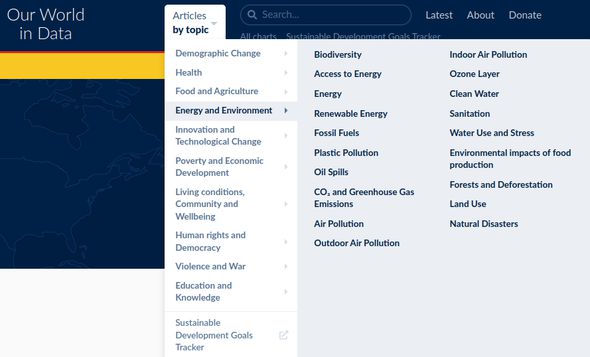 A while back, my installation of HomeAssistant broke down and that caused some minor inconveniences, like lamp switches no longer working. Nevertheless, I only this week looked into what happened and whether I could recover the setup. The pairing of the lamps and switches is not something that one wants to repeat unnecessarily.

The most likely cause turned out to be it: The microSD-card in the RaspberryPi4 broke. They are known to do that, unfortunately. So I bought a new one, pulled an image from the old card and after a bit of fiddling, I was able to restore a snapshot that I had taken not long ago. All good.

I bought an additional microSD out of concern for the same thing happening to the other RasPi, the one that runs this very website.

I had not known about the option -P before and it is exactly what I needed in this case: additional device files for the partitions within the disk image, not just a loop device for the iamge itself. So I could go on and check the filesystems' integrity:

Not surprisingly, there were several errors to be fixed in the main partition. After all, I was pulling the image from a running system that was continuously writing logs and stuff to the disk.

Then I tried to write the image to the new microSD-card.

But this did not work because the new card was slightly smaller than the old one. Apparently 32GB are not what they used to be. Annoying!

So I had to figure out the number of sectors that remained on the new card for the Ext4-filesystem.

Take out the card and re-insert.

And that's it. I did not test whether the card actually boots up because it would cause unnecessary downtime. I am reasonably confident it will work, should the need arise.

I quite enjoyed this whole small exercise. It had been a while and one always learns something new in the process.

What's Good For You

Song lyrics rarely stick with me, but this sentence from Ane Brun's Do you remember always has:

Genuine goodwill is probably an essential ingredient for lasting friendships and relationships. And it is not even that hard to muster once one is aware of it and decides that this is the right attitude to take.