I like to fix things when they break, and also to use them until they really no longer work. Replacing something that does its job well enough, just because there exists a "nicer" version of it out in the world, is an itch that I am able to resist scratching most of the time. The aesthetics of objects has value, sure, but I generally rank it lower than the enviromental impact of consumerism and the sheer hassle of buying things. Deciding what to get and then doing so is effort that has to be priced in.

All that is to say that I broke our coffee pot when I took it out of the dishwasher yesterday. A large corner is missing and while it still works for now, I am quite sure the rest of the glass will disintegrate very soon. 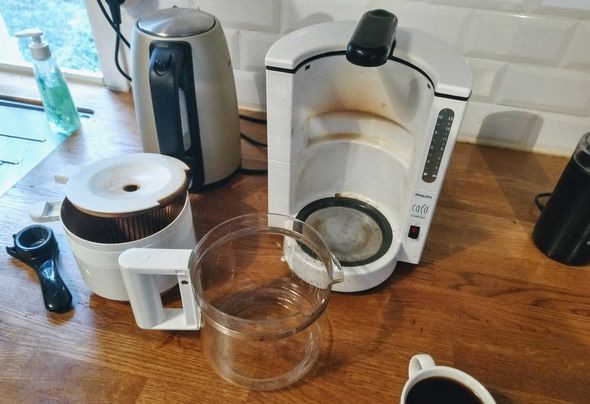 That machine came with the house when we bought it more than six years ago and who knows how old it was by then already. Not a chance that I find a replacement pot! I fixed/modified the electrical part twice already and the plastic is starting to disintegrate, so I admit it is time to give it up.

We have a Moccamaster at work and I like its no-nonsense approach and that it brews very quickly. That they are so popular should help with future repairs and replacement parts, so I am leaning in that direction for now.