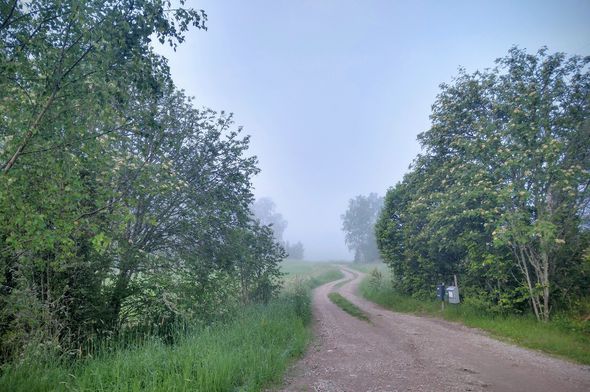 The photo does not do it justice, the magical fog early this morning, when the sun was just about to break through it.

Our two new hop plants, the old Swedish varieties Grimsarbo and Olarsbo, seem to be growing nicely. For the first year, I dont't expect them to make it all the way up their respective 6m high poles, or produce any amount of cones that will be worth harvesting.

North Face, the outdoor clothing brand, apparently refused to sell to an oil company jackets with their logo on it. Which prompted this quite funny response, which shows that 90% of North Face's product line is made out of petroleum products.

I think it is fair to point out such hypocrisy, assuming that the story is indeed as told. Coming from the oil industry, the video of course makes it sound like a good thing to produce clothes out of oil based raw materials, thus #ThankYouNorthFace.

This could easily be spun into a campaign of shaming the company for that very fact. But that would be an example of well-meaning environmentalism gone bad, because contrary to energy production it is often much less resource intensive, and therefore environmentally friendly, to make things from plastic, compared to "organic" materials.

The prime example of this are plastic shopping bags that have been banned or taxed in many places after an outrage some year ago. Never mind that the paper bag that replaced it takes ten times more resources to produce and cannot have a second use as waste bag.

From this book review:

Three hundred years ago, we burned wood for energy. Then there was coal and the steam engine, which gave us the Industrial Revolution. Then there was oil and gas, giving us cars and airplanes. Then there should have been nuclear fission and nanotech, letting you fit a lifetime's worth of energy in your pocket. Instead, we still drive much the same cars and airplanes, and climate change threatens to boil the Earth.
[...]

Counterfactuals are fun! I think I dismissed them too quickly as unknowable for a long time, but as with mot things, there can be better and worse arguments for how things could have turned out differently.

The environemntal movement is an interesting case, because what is considered good or bad in that context depends very much more on culture than on a problem solving strategy. The underlying conviction that human activity is inherently destructive leads to moralizing calls to give up things, that are not very effective. Whereas the obvious alternative is to improve technology to do more with less environmental impact. But that does not fit the narrative; to berate people and make them feel quilty lets one feel more morally superior and pure.

Would climate change never have become a problem, if the environmental movement would have empraced nuclear power instead of crippling it? No one knows for sure, but it certainly is interesting to think about. 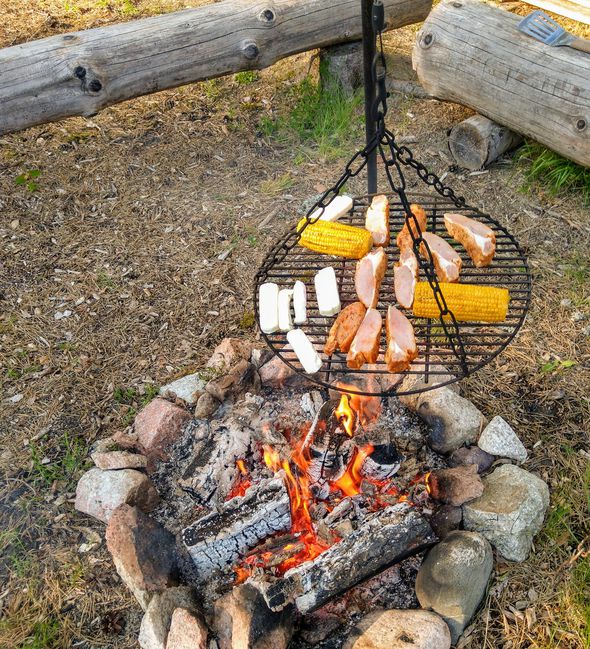 Since I mentioned it three weeks ago, the discussion about the possible lab origin of SARS-COV2 has taken off and the subject has moved from "purportedly racist conspiracy theory" into the middle of the Overton window, no the least via this Letter in Science.

First off, I never understood how the lab leak was supposed to be more racist than a wet market origin. The latter can easily be understood as calling Chinese "filthy bat eaters", no? In any case, this is a fine example of how well-intentioned policing of opinions can get in the way of finding the truth.

And the truth is hugely important in this case! Because even though the origin might not be the most important factor for the response to the pandemic once it started, it matters a great deal about how we go about preventing the next one.

A disinterested investigation is what we should want but there is so much prestige at stake, for the CCP as well as the scientists and funding agencies involved, that it is difficult to go beyond preformed opinions.

Lab leak turning out to be true could shake things up, not in a good way:

Should it turn out that scientists and experts and NGOs, etc. are villains rather than heroes of this story, we may very well see the expert-worshiping values of modern liberalism go up in a fireball of public anger.

Hopefully though, we would instead get our act together and figure out how to properly handle bio-risk. 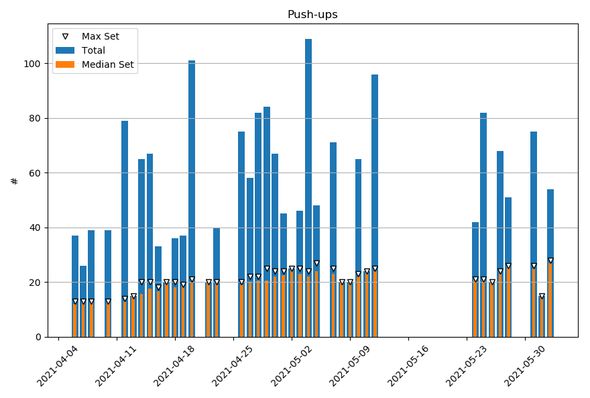 It's not been going well with project push-up. The big gap in May is when I planted forest instead, which was tiring quite enough for arms and shoulders. And since then, well, no real excuse but more than three sets a day just don't seem to happen.

Holy shit! I just realized that the Kurgan in Highlander is played by the same actor as the asshole sergeant in Starship Troopers! Clancy Brown.

The Critical Drinker does a good job in his videos of explaining why the latter film is great satire and why Highlander does not need a remake. 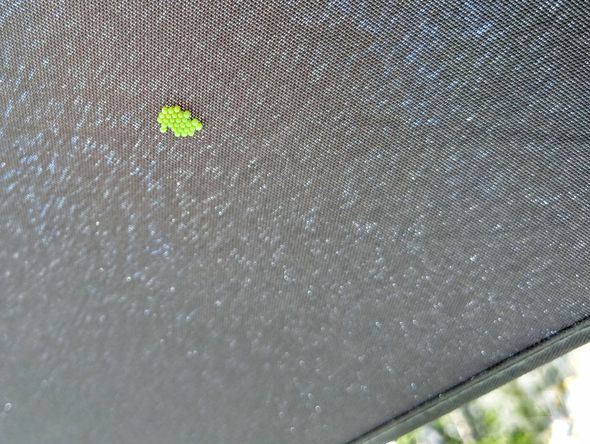 The eggs that the stink bug (Swedish bärfis, which translates to "berry fart") laid under our new parasol literally* five minutes after I put it up.

* and I mean literally, not figuratively, as has become the more common meaning of the word. Is there a new word for literally literally?