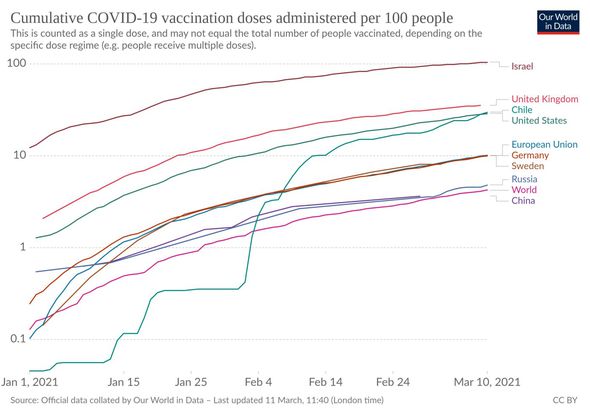 I don't know about you, but I find this graph (source) extremely frustrating. There is no good reason why we in the EU vaccinate three times slower than the US, UK, or Chile for that matter (who bought the Chinese vaccine).

Yes, paying more per dose and subsidizing production early would probably have been unpopular at the time, but so much cheaper than not nipping the third wave in the bud right now. This is not hindsight talking, knowledgable people knew this all along and were listened to elsewhere. Kudos to the Brits who can rightfully feel smug about Brexit now, even though EU-countries were not prevented from bypassing the EMA in approval and procurement of vaccines - none did that, as far as I know.

More about vaccine manufacturing than you ever wanted to know.