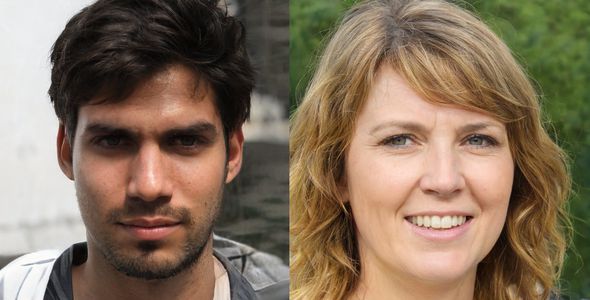 I was recently reminded of thispersondoesnotexist.com which is a site that displays a new computer-generated face every time you reload it. There are still some artefacts that give away the artificial origin (I chose two examples with few glitches for the picture above) but I think it is fair to say that these faces look convincingly real.

This means that they trigger the same reactions in our minds that pictures of real people do. I found myself reloading the page for at least ten minutes, becoming more and more mesmerized, reacting to facial expressions, sometimes falsely recognizing someone I know, and generally unable to convince the automatic parts of the brain that these are not people.

Do I have a point? Should we become even more sceptical of media than we already are? I don't know. But being a somewhat aware of the way we cannot help but react to faces, real or not, cannot be such a bad thing, a kind of meta awareness that hopefully contributes to resilience against manipulation.