The latest video by Kurzgesagt is about the asteroid impact that killed the dinosaurs, and is brilliant as usual. This frame made me pause and ponder on a side-track: 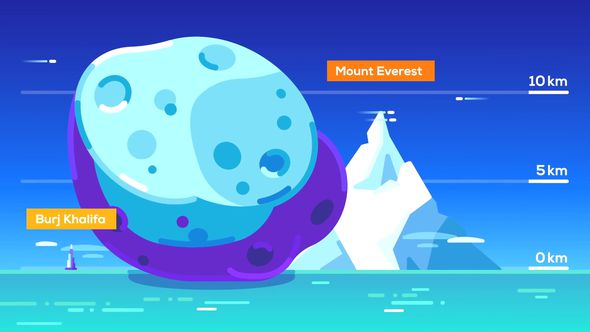 Doesn't the Burj Khalifa tower look surprisingly large compared to mount everest? It isn't even a fair picture, because the mountain does not rise 8.8km out of the ocean, but "only" about 3.5km above the surrounding valleys.

Thus, climbing Burj Khalifa (which is a thing people do) just five times is the same height as climbing Everest from base camp. Disregarding the lack of oxygen at high altitudes and that the tower is much steeper.

Human-made structures start to approach the size of mountains, pointing up, not only down.